We are involved in a number of environmental projects, some of which are shown below:

Volunteers turned up at Wicor Recreation Ground on a sunny June evening and set about clearing the litter from the area.  A very productive evening  with lots of thanks from passers by 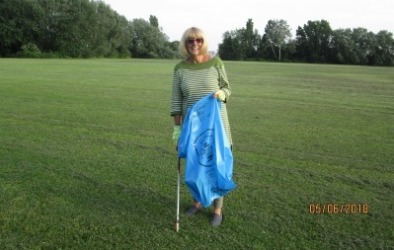 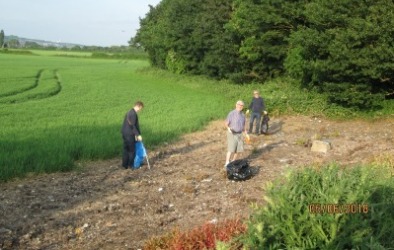 Everything including the Kitchen Sink!

The expression ‘everything but the kitchen sink’ proved untrue when one was found on the foreshore during the Portchester Civic Society’s Beach Clean event on Saturday 15th September.

Nearly one hundred volunteers turned up at the bottom of Hospital Lane to take part, with some arriving from as far afield as Swindon, Oxford, Farnborough and London.  The Society has participated in the Marine Conservation Society’s annual survey of the state of Britain’s beaches for over 15 years, where we survey a one hundred metre section of beach, recording every individual piece of litter.

Thanks to everyone who took part and did such a good job whilst enjoying the sunshine. 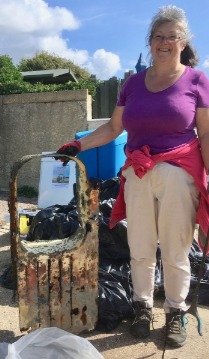 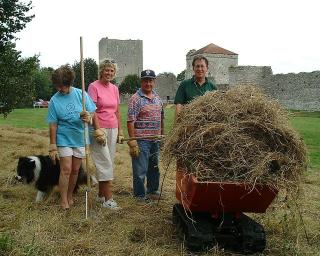 
Three flower beds at Portchester Parish Hall were tidied and re-planted by society members. There were generous donations from the public amounting to one hundred pounds in cash and a donation of seven hundred and fifty daffodil bulbs. 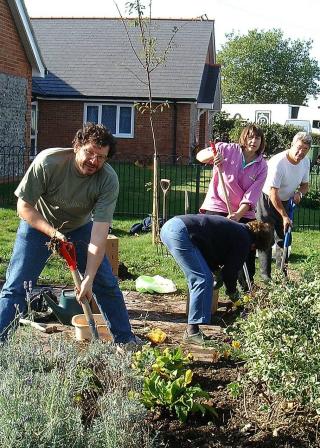 The Society adopted a nine acre site south of Birdwood Grove. Thanks to the management regime of the past four years - that is, flailing the fields and removing the cuttings - about three dozen orchids have sprung up. They are common spotted (see inset) and early purple orchids. Of the plants we have planted, the Ox-eye Daisies, Viper's Bugloss, Muskmallow, Lesser Knapweed, Birdsfoot Trefoil and Tufted Vetch are all flourishing. We have also planted fifty oak whips, chestnut whips and Wayfarer trees which have all taken.

As a Society we are involved in a number of environmental projects, with a number of our volunteers getting involved in some very glamorous jobs such as Litter Picking and Beachwatch along Portchester foreshore, meticulously recorded and weighed for the Marine Conservation Society to add to statistics from all around the country. Read more.

In order for our Society to achieve our objectives and to assist national and local societies to meet their more specific objectives, the Society is a member of the following groups: Campaign to Protect Rural England (CPRE), Solent Protection Society and Hampshire Buildings Preservation Trust. Click here to find out more about joining us

Funded by the Heritage Lottery Fund and a grant from Fareham Borough Council, a group of Society members volunteered their time over a two year period to produce an Oral History of Portchester people's memories of the area. Over 60 residents, aged from 10 to over 90 years old, gave their recorded recollections of life in Portchester. Read more.